Colonnade of Superstition is a sequence of totem-like structures, meant as symbols of the Noisily community. The varying elements which make up each piece represent the diversity of the experiences which occur each year at Noisily.

This piece originated as 8 squared column uprights which featured in “Mind, Body and Soul” area of the festival in 2018 based around the theme of the four elements. In 2019, I made the decision to move them into the main arena of the festival, and by doing so I wanted to make the installation represent the whole festival rather than just concentrating on the MBS area which is where the concept originated.

I worked closely with architect & designer Jodie Smith on the brief and colour pallettes before she took the idea forward to the final pieces.

Designed the additional wooden elements added at the top of the totems this year as well as paintwork design. Project managed during the build period, selected decorative patterns, cut out and used the stencils on the totems.

Designed and built the columns, adapted design for safety and purpose with aesthetics in mind. 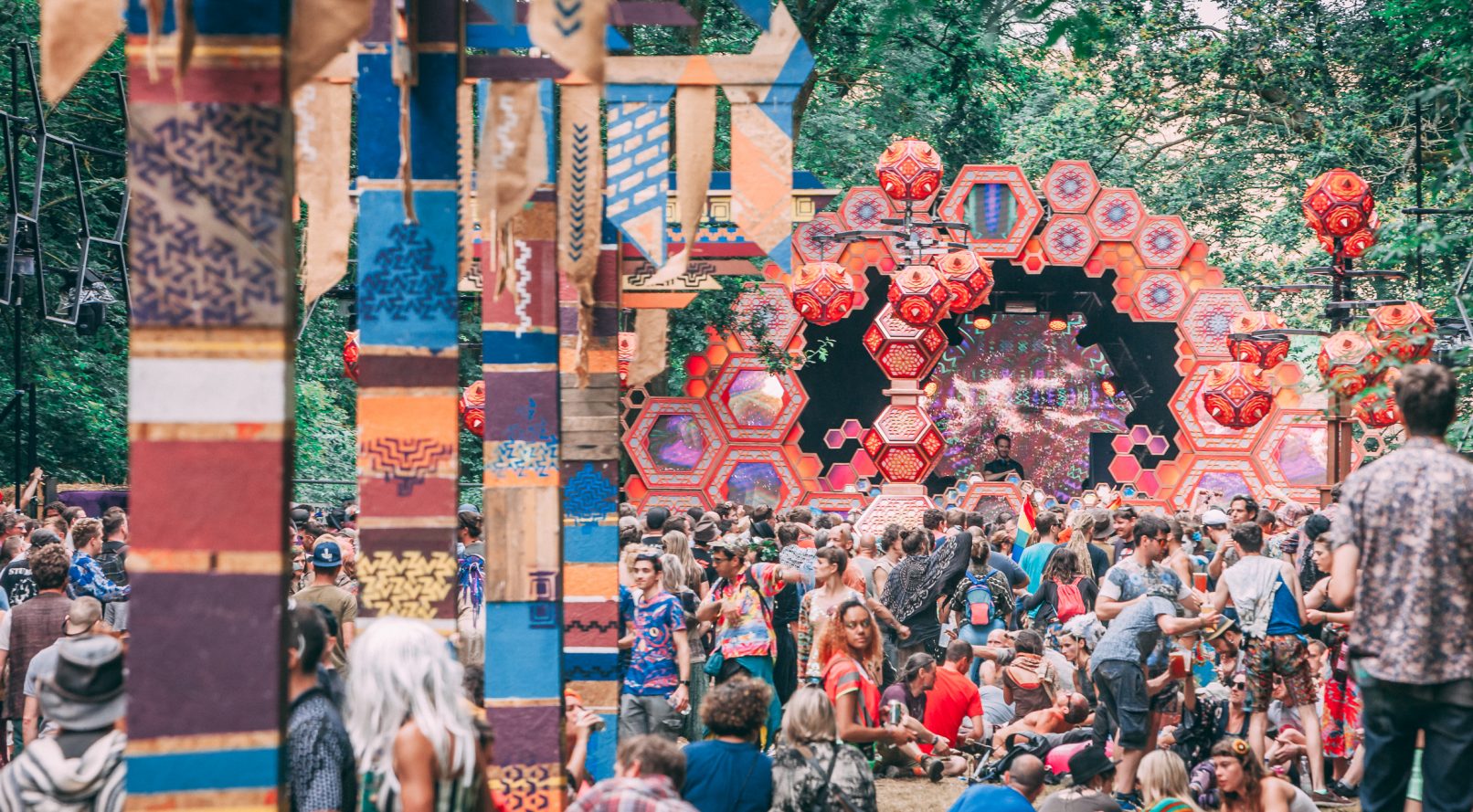